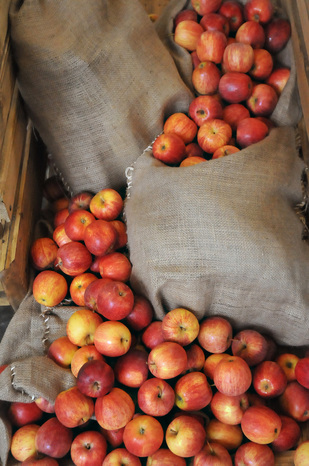 “Invited and Volunteered”, is concerned with the ideas of the futile and absurd, particularly in relation to the search for meaning and unity, together with eternal truths and values. While addressing failure and disappointment, the work utilizes the language of folk tales and hybridized mythologies of Eastern and Western civilisations. The animal portrayed in this sculpture is first inspired by Firdevsi’s Davetname, a spell book which was forbidden and destroyed during Ottoman Period, and Naranath Bhranthan, a character from Malayalam folklore. Considered to be a divine person who pretended to be mad, his chief activity consisted of rolling a big stone up a hill and then letting it fall back down. Unlike Sisyphus, he acted on his own volition rather than under the influence of a curse.

Depicting married folklores of different geographies, the kinetic creature endeavors to pull a trailer full of apples. Despite the attempt shown by the hand-carved feet, the weighty apple trailer never moves from its location, inducing the apples gradually rot during the exhibition time. A motion switch activates the animal, allowing movement when someone is in the vicinity of the sculpture.