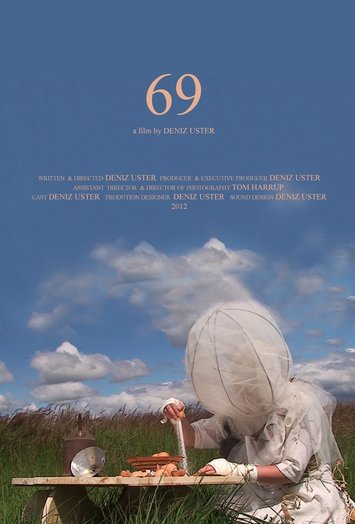 Deniz Uster’s solitary shaman-like figure performs a cycle of actions, which seem to produce power for the wind turbines that surround her. After incubating, then breaking the eggs she lays, sacrificial offerings, salt -as fuel- and eventually the ethereal presence of wind appear.

Is she the lone survivor of an apocalypse or do legions of such figures exist across the landscape? The mythical rituals she carries out to achieve alchemical transmutation have no beginning and no end, she is captured in a time neither past, present nor future.  (Alexandra MacGilp)